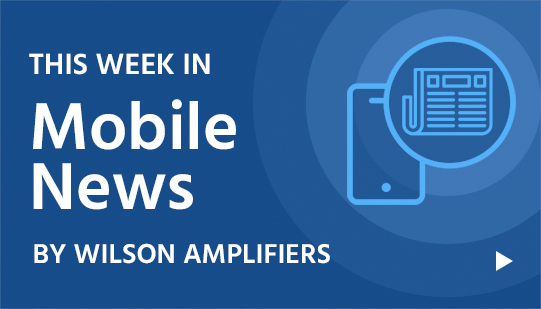 Cell towers? What are those?

AT&T has recently announced AirGig, a new technology that uses power lines to deliver high-speed internet. But as always, it's in early testing phase with select rural locations.

To be clear, AT&T will not be using electricity from the power lines to deliver the fast internet but use the lines itself as a guide for signal to move along the wires.

If this works, then it would be able to provide internet for many remote areas and underserved communities at a much cheaper price than traditional fiber cables.

According to a study provided by Fierce Wireless and P3, users across the four major carriers (AT&T, Verizon, Sprint, and T-Mobile) spend over 60% of their app usage on Facebook and YouTube.

Sprinkle in some Chrome browser and Netflix time and that number rises as high as 80%. As usual, when connected to Wifi, YouTube tends to be used more since it's pretty much a data hog on 3G & 4G connections.

The biggest surprise would be T-Mobile users using more apps on cellular data than wifi. The reason for that is because of the carrier's popular  Binge On program which doesn't count certain apps against your mobile data.

Comcast: If you can't beat them, join them

Ok, so you're cord cutting. And cable internet and television is like sooooo 2006.

But not so fast.

Comcast in an effort to keep customers from leaving and staying satisfied will be partnering with Verizon and using its 15 million wifi hotspots to provide cellular service to their users.

Not only that, the cable company is rumored to be in talks of acquiring one of the major carriers such as T-Mobile.

Still no word if you can drop half the useless channels you don't watch from your TV package.

This isn't your Mother's & Father's 5G

5G is coming and it's a game changer with reported test speeds 300-400 times faster than 4G.

Most wireless communications operate between a radio spectrum of 30 megahertz and 300 gigahertz. Although it sounds spacious, it's actually very crowded with 3G, 4G, TV, radio, satellite, and even radar all fighting for a piece of the spectrum.

So a new proposal for 5G would put it in higher-frequency bands untouched .

The good? Fast uncrowded data for only 5G networks.

And you already know who's going to eventually pay for it.

Sometimes, once everything seems to be on your plate and shoulders at once, you need to step back and just see the world in a bigger view other than your own.

Life is short, so take it easy.