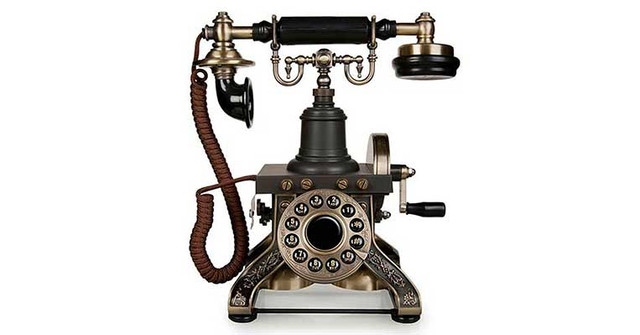 Can You Hear Me Now?

The history of long distance communication begins with the development of language itself.

Humans have always found ways to communicate with each other through a combination of symbols, gestures, and primitive language. And while these methods may have been effective at getting a message across when standing face to face with the recipient, sending it through a courier sometimes proved to be unreliable, as anyone who’s ever played the game Telephone as a child will know.

As humans developed though, the need to communicate complex ideas became more and more necessary. We developed governments, trade systems, and educational institutions, all of which required detailed explanation and meticulous organization.

And with this need came the development of formal written languages.

The Sumerian cuneiform is the earliest known documentation of written language. It dates all the way back to the 4th millennium BC. The language features a complex system of wedge-shaped marks, usually imprinted on clay slabs, and contained over 1,000 different characters.

The hieroglyphs of ancient Egypt came next around 3100 BC, the basis of which were pictorial symbols or “glyphs”. By using papyrus, a crude form of thick paper, the Egyptians were able to communicate a specific message on a more transportable medium rather than the clay slabs associated with cuneiform.

Although the reduced weight of letters certainly helped improve delivery times, it was the construction of major roads and highways like the Royal Road, built by Darius the Great of 550 BC, that truly streamlined communication over a long distance.

Regular maintenance along with strategically placed posting stations of this road in particular reduced a 90-day travel time to an impressive 7 days, making it by far the quickest means of long distance communication at the time.

In addition to language-based communication, it is thought that ancient civilizations also used visual cues to communicate over long distances.

The heliograph, for example, is a tool which used the reflected light of the sun to warn allies of invasion, ask for assistance, or convey a range of other messages. Just as a tiny mirror can be used to signal a plane tens of miles away, so too was the heliograph able to cover vast distances at the speed of light.

Combined with a code based on alternating flashes created by moving an object through the reflected light’s path, the heliograph could not only send an alert, it could also deliver a fairly complex message. The instrument was so simple and effective that it was even used regularly by the British army until the 1960s.

Optical telegraphs were another means of long distance visual communication. Also known as semaphore lines, these constructions involved mounting a set of movable shutters (resembling old fashioned antennas) on top of an outpost. A codebook was established where each change in the positioning of the shutters would correspond with a different message.

As these outposts were in viewing distance of another outpost, when a message needed to be delivered down the semaphore line, one outpost would change their shutter position which in turn would signal to the next outpost to change theirs. The sequence would then continue until reaching the destination. And while delivery of the message depended on the speed and skill of the shutter operators, this method was by far quicker than any mounted courier.

Electricity Ushers in a New Era of Communication

As technology advanced over the coming centuries, the main methods of communications did too. And while the speed and efficacy of these systems improved by incorporating ships to cross oceans and planes to soar above impenetrable landscapes, the core principle of transporting a physical message to another person remained.

Until, that is, we learned to harness the power of electricity.

Early constructions of the telegraph started popping up across the world during the 19th century. Some used static electricity while others worked off of electromagnetic principles to send messages to another connected telegraph a great distance away. But none of these were able to get any traction on the market as they were too expensive to run.

The Cooke and Wheatstone system however, developed by William Fothergill Cooke and Charles Wheatstone, was the first commercial electrical telegraph. This system required six wires and included several needles which would point to different letters of the alphabet.

After a series of demonstrations, none of which were able to win over any funding, the system finally caught hold of enough investors in the late 1830s to become a widely accepted means of communication and was first used primarily in the railroad industry.

Another telegraph system that gained popularity around the same time as the Cooke and Wheatstone device was the Morse system. Patented in the U.S. by Samuel Morse in 1837, this system of communication sent messages through Morse code, an alphabet signaling system developed by Morse’s assistant, Alfred Vail. When most people imagine a telegraph, this is the system they picture.

The Far-Reaching Audience of Radio

One of the widest reaching communication systems from the early 1900s that’s still around today, the radio brought news, entertainment, and a sense of community to entire generations across the world.

Radio waves, also known as Hertzian waves, were first discovered in the late 19th century and were later used for commercial purposes by Guglielmo Marconi in 1896. Although early development was unfruitful, the research and development necessary to improve the radio’s capabilities was boosted by World War I in an effort to create a military communications advantage.

By World War II, which further increased the medium’s power and range, radio had become a household norm, airing everything from national news to late night soap operas, making radio the most widespread mass communication medium the world had ever seen.

The Telephone: Face-to-Face and Miles Away

No discussion of long distance communication is complete without paying heed to the telephone. Widely considered to be the primary means of conveying a message across great distances for over a century, the telephone combined the lossless communication of conversation with the instantaneousness of the telegraph.

Patented in 1875 by Alexander Graham Bell, the telephone gained popularity in the early 1900s. Calls across the country and the world were connected by physical switchboards manned by human operators who would literally connect one line to another.

As technology advanced, particularly with the invention of the transistor, electronic switching systems were created to connect two parties, making this method of communication even more efficient than before. And although it lacked the widespread audience of radio, it allowed a more personal means of long distance communication.

Though the phones of today, which offer a variety of other features and communication methods, are so different than the 20th century telephone, the core principle of one-on-one communication remains. 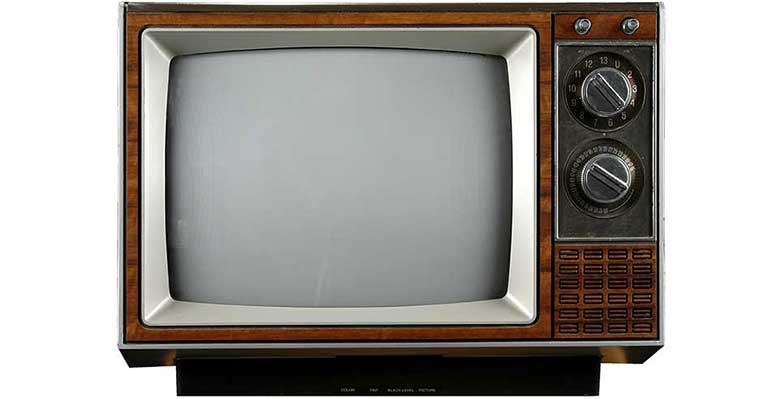 You’d be hard pressed to find anyone who doesn’t own a television in the modern world. And while radio may have been king of the entertainment industry in the early to mid 20th century, TV has most certainly replaced it as the most common household entertainment device.

First popping up in the public in the 1920s, it wasn’t until after World War II that a television in every household became truly commonplace. Since then, the television has seen a myriad of changes and improvements. From the implementation of color transmission to massive improvements in screen resolution, the televisions of today are far different than their predecessors, unlike radio which has staying relatively the same.

And while prior versions had only a handful of different channels to choose from, the modern television, when combined with the internet, now offers millions of hours of content straight from a single device.

Ultimate Connectivity with the Internet

The internet is probably the most revolutionizing of all the long distance communication methods we’ve discussed so far. It’s also one of the youngest. With research funded by the United States government beginning in 1960 and its continued development in the 1980s, the internet has been around less than 50 years.

Also known as “the web”, the internet is a global network of interconnected computers. Once connected, a device is able to access any unguarded information in the world that’s put on the web. It allows instant communication between parties on the other side of the planet and lets users access data that would otherwise be impossible to obtain, and even impossible to comprehend.

TVs, mobile phones, desktop computers, and tablets are all able to access this enormous network of information, making anyone in the world just a Skype, text, email, or Snapchat away.

And it’s not just these devices that can connect. Modern technology has made such advancements that all sorts of surprising objects, from toasters to doorbells, are able to access the internet wirelessly through WiFi networks and Bluetooth technology.

The ease of internet connectivity has led to a whole new level of connectivity, and not just in the social realm. Businesses and companies are able to have real-time access to trillions of data points in an instant, enabling them to monitor market updates, safety conditions, or global communications instantaneously and bringing an entirely new reality to business and government as well as personal communications.

In essence, the internet is the most powerful and versatile form of communication we’ve seen to date.

How May We Help You?

Wilson Amplifiers is the leading provider of cell phone signal boosters. Cell phone boosters amplify 5G, 4G, and LTE for any phone with any carrier for home, office, or vehicle.

We seriously hate dropped calls and poor coverage, so it's our goal in life to stomp on spotty signal like the little roaches they are: