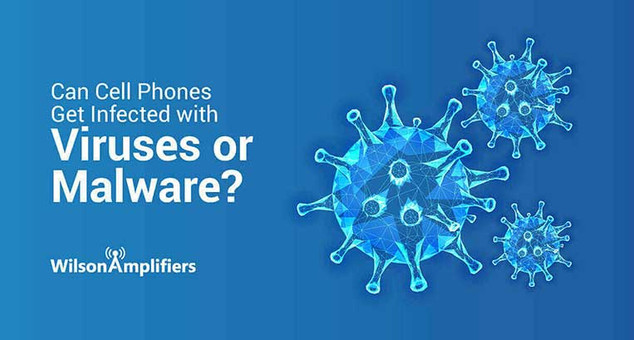 We all know that computers are vulnerable to viruses, but what about cell phones?

For many, smartphones are their main computing device. They are used for personal and business purposes - they are flooded with sensitive information. For that reason, it was only a matter of time before hackers started targeting smartphones. Therefore, cell phones are just as vulnerable as computers; after all, they are pocket-sized computers.

Are you worried your phone might be infected? Keep reading to learn how to find and remove malicious software on Apple and Android devices.

Can Cell Phones Get Viruses?

Contrary to popular belief, cell phones cannot get viruses – at least not yet.

Originally, viruses were designed to infect vulnerable computers. A virus is a malicious code or program that replicates itself by attaching itself to another program. Due to the damage a computer virus can cause, the term “virus” is often used to refer to all types of malicious software (malware) on computer systems.

As of now, iPhone and Android viruses don’t act in the same way a computer virus does. So technically, cell phones can’t get viruses, but they can get infected with different types of malware.

What is Mobile Malware?

How do Phones Get Infected with Viruses?

Phones that only make and receive calls are not at risk of infection. Mobile devices with data capabilities, such as smartphones and tablets, are the target; they are small portable computers full of personal information.

iPhones and Androids are most commonly infected with malware through apps, emails, text messages, and websites.

Downloading infected apps is the most common way devices get infected.

Android phones and tablets are more vulnerable to this form of attack. Unlike Apple, Google-based phones are able to download apps from untrusted sources rather than just the Google Play Store. Cybercriminals can infect an app or create an infected app. After the app has been downloaded by the victim, the cybercriminal can access the victim's private information.

Google and Apple try their best to keep malicious apps out of their stores, but sometimes cybercriminals find a way to trick Google and Apple into hosting their apps. For that reason, you should always do a little bit of research on the app before downloading – check how many people have download the app, read the reviews, and check the developer’s website.

Opening and reading the text message won’t infect your mobile phone, the danger lies in downloading an infected file or clicking on a compromised website link.

Most of the time, such messages are sent from unknown numbers, but sometimes they come from your personal contacts. Remember, some forms of malware are spread through text messages. So, if you are ever unsure of the safety of a link a friend sent you, don’t be afraid to ask them. Not only will you be protecting your personal data, but you will also be informing them of a possible security threat.

Phishing is a tactic used by hackers to disguise themselves as a trusted entity to trick the victim into opening an email, instant message, or text message. Similar to suspicious text messages, phishing emails will try to persuade the victim into downloading a compromised file or clicking an infected link.

It’s not difficult to spot a fake email, you just have to be good at paying attention to details. Usually, they contain sketchy email addresses, altered domain names, spelling mistakes, and poor grammar.

Malware does not just infect your phone by downloading an infect file or clicking on an infected link, your device can also be compromised by visiting a malicious website.

Malicious websites attempt to install malware onto the victim's device. These websites are designed to look genuine to deceive the user.

Usually, they need you to accept the virus. Of course, there won’t be a pop-up saying, “authorize malware installation”, it will be a lot more subtle, like asking you to download a software that your device “needs”. This is especially dangerous to Androids since they are able to download apps and software from untrusted sources.

Drive-by downloads are even scarier than malicious web pages. The virus hides deep within the code of a page and worms its way into any device accessing the page. Drive-by downloads feed on your device’s vulnerabilities, they do not require you to click on anything, once it finds a hole in the operating system they install themselves.

Can iPhones Get Viruses?

Many people believe that iPhones can’t get hacked, but that’s not entirely correct. It’s true that their operating system makes it harder for viruses to bypass, but at the end of the day they are still computers and any computer can get infected.

Jailbreaking is the most common way iPhones become vulnerable to viruses. Usually, the reason behind jailbreaking an iPhone is to remove the built-in limitations to install pirated apps. And as we have discussed, devices are more likely to get infected by malicious apps, especially when they come from unauthorized sources.

Prior to jailbreaking, the chances of viruses on Apple devices are very slim.

Why are Viruses More Common on Androids?

For starters, hackers usually seek financial gain, and what better way to do that than by targeting the most popular operating system. Android OS accounts for 72.92% of the mobile operating system market share worldwide, while iOS accounts for 26.53%. This means that new apps are always under development to run on Android OS, including malicious apps. To prevent infected apps from being hosted on the Play Store, Google has an app review process, but unfortunately, it’s not as rigorous as Apples. Therefore, it’s easier for Android malware apps to sneak onto the Google Play Store.

In addition, Android devices are less controlled than iPhones. Users can enable the installation of software from unknown sources, allowing them to install apps and software from places other than the Play Store. These third-party apps and software have not been reviewed by Google, and for all you know, they could be infected.

Lastly, Androids utilize an open-source code, meaning that the companies and owners can alter the way their device runs. But, altering the source code can sometimes leave an opening for cybercriminals to find.

How to Tell if Your Phone has a Virus

Viruses are designed to go unnoticed by the user, making it hard to detect without an antivirus app. Fortunately, they are not 100% undetectable. Here are some signs to look for:

How to Remove Viruses form Your iPhone or iPad

While it's harder for iPhones to get infected, it’s not impossible, especially if the iPhone has been jailbroken. Here are a few tricks you can try on iPhones and iPads to remove the infection:

Did your phone start acting up shortly after downloading an app? Do issues occur when a certain app is open? Before deleting the app check if there's an update available, sometimes apps crash if they have not been updated. In addition, read a couple of reviews to see if others are experiencing the same problems. Finally, if you’re sure the bug is coming from the app, it's best to delete it.

iOS 12 and Lower: Press down on the app until all apps start shaking → Tap the X on the apps you want to remove → Tap delete

Restarting your device can solve a lot of unexpected problems. It clears out everything that’s in the RAM and closes all running applications. After you have finished, try opening the apps that have been crashing to see if the problem has been fixed.

Certain problems related to web browsing can be solved by clearing your browsing history and cache.

Restore your Device to a Recent Backup

This tip will only work if you manually back up your phone or if it’s set to automatically back up. With that being said, if you know when your phone started experiencing issues, you might be able to restore your phone to a backup prior to that date. Keep in mind that this will erase everything that has been added to your phone since that backup.

To try this, you will have to reset your phone to its factory settings. Once the phone has been reset, log in with your Apple ID, tap on restore from iCloud and choose a backup from the available options.

Your last resort is to factory reset your device. This will erase everything on your phone: pictures, messages, videos, and apps. After resetting your phone to its factory settings, rather than restoring a back-up, set it up as a new device. If you restore the latest back-up, you will be back in square one.

Malware cannot survive a factory reset. So, if the problem continues, it a hardware issue.

Settings → Scroll down and tap reset → Erase All Content and Settings

How to Remove Viruses form your Android or Tablet

For many reasons, Androids are more vulnerable to malware attacks. If you think your device has been infected, here are a few tricks you can try to remove the infection:

Remember, certain problems related to web browsing can be solved by clearing your browsing history and cache.

Safe mode is an Android feature that is supposed to help you find problems with your apps and widgets. Once safe mode has been enabled, it will stop third-party apps from running. If all issues disappear after enabling safe mode, you know that an app is responsible.

In your settings, you will find an apps tab that shows you every app that is installed on your phone. Go through the apps and look for any unfamiliar app that you don’t remember downloading or recently downloaded apps that were installed around the time your phone started acting up.

If you find that the uninstall button on a malicious app is grayed out, it means that it has administrative access.

After removing the apps administration access, you can go back and uninstall the app.

If push comes to shove and nothing works, you can factory reset your phone. Viruses cannot survive a factory reset. Unfortunately, this will erase everything on your phone.

How to Prevent Phone Viruses

There are a lot of things you can do to protect your cell phone from viruses. 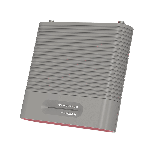 Wilson Amplifiers is a leading provider of cellular signal boosters, devices that amplify 5G, 4G, and LTE for any phone with any carrier for home, office, or car. We’ve boosted over 10,000,000 sq ft of signal for homes, buildings, and vehicles across America and Canada.