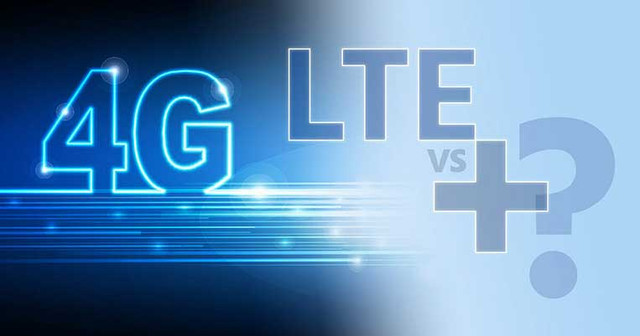 While 5G may be the buzzword of the year in cellular technology, 4G and 4G LTE connectivity aren’t going anywhere. Unlike the previous, competing generations of mobile network technology, 5G and 4G will be able to work together to bring you the very best connection.

In the beginning, 1G focused on voice, then 2G upped voice with texting. The 3G revolution added data to the mix, and then the 4G we know and love grabbed 3G by the collar and picked up the pace to reach the speeds we enjoy today. But what does that “LTE” tag sitting next to 4G actually mean? And what is advanced LTE?

LTE stands for “Long Term Evolution”, and contrary to popular belief, adding it to 4G doesn’t make it better. LTE is marketing speak for 4G service with training wheels and big dreams, basically putting an asterisk next to 4G that says “work in progress”. Yes, it is much, much faster than 3G (up to 10 times faster), but the minimum download speed to qualify as true 4G (or “Fourth Generation”) according to the International Telecommunications Union (ITU) is 100 Mbps (megabits per second).

Verizon touts peak download speeds of nearly 50 Mbps on their 4G LTE service. So fast! But no, not the 100 Mbps we were promised. For the sake of comparison, 3G tops out around 3.1 Mbps. That makes 4G LTE a lot faster than 3G, but not quite the lofty goal set by the ITU. In lieu of calling this new and improved service “way-better-than-3G-but-not-quite-4G-yet” or “pre-4G”, cell phone service providers settled on “Long Term Evolution”. Basically, “on our way to 4G but not quite there yet. Stay tuned.”

Fast-forward a few years, and wireless technology has finally caught up to the hopes and dreams of pure, unadulterated 4G. The 100 Mbps of true 4G has been realized, but there’s nothing sexy about calling it “4G, actually” and just dropping the “LTE” like a bad habit. Thanks to clever marketing, we would like to introduce you to: 4G LTE+ or LTE advanced. Or if you want to get really cute à la AT&T, you can call it “5G E”.

Wait, so the difference between LTE and LTE advanced/LTE+ is... 4G?

Or, roughly 50 Mbps. Yes, this is confusing. That’s kind of the point. AT&T chose to market their LTE advanced/LTE+ service as “5G E” — which, for an LTE and LTE advanced comparison is at least double the speed of your standard 4G network — but no, it’s not actually utilizing 5G technology. Considering that 4G LTE was always 3G on steroids — but working its way down the path to full 4G certification — it’s not out of line with the way carriers have marketed their services in the past. Because nobody gets excited to hear that the new, faster service is just as fast as we kind of implied it has been all along…

What kind of advanced LTE features can I expect from LTE+/LTE advanced?

Make no mistake, LTE+ is up to twice as fast as the 4G LTE we’ve grown accustomed to. This is a huge improvement, and something worth getting excited about. Download speeds, calls, text, and voice… in the battle of LTE vs LTE advanced, everything is faster and more efficient with LTE advanced/LTE+.

More good news: you don’t need to run out and buy some fancy new LTE advanced supported phones. 4G compatible phones will continue to work, just faster than ever before.

And 5G compatible phones? Those will work with 4G LTE/LTE+ as well. Today’s 5G phones are backward-compatible, mostly because 5G is so new and focuses on much more than just phones. The onset of 5G should actually complement the existing LTE service, leading to faster LTE/LTE+ speeds all around. To find out more about the difference between 4G, 5G, and LTE, click here.

How can I speed up my LTE or LTE advanced service?

Whether it’s good old-fashioned LTE or brand-spanking new LTE+/LTE advanced, the strongest signal always comes from a cellular signal booster. Wilson Amplifiers is the leading provider of cell signal boosters, which capture your existing signal, amplify it, then re-broadcast it straight to your phone.

Our signal boosters work for all signals, all cell phones, and all carriers. From home, the office, or your vehicle — you won’t miss a single beat.

Skip the dropped calls, slow download speeds, and spotty coverage for the smooth, uninterrupted bliss of your very own boosted signal, courtesy of Wilson Amplifiers: