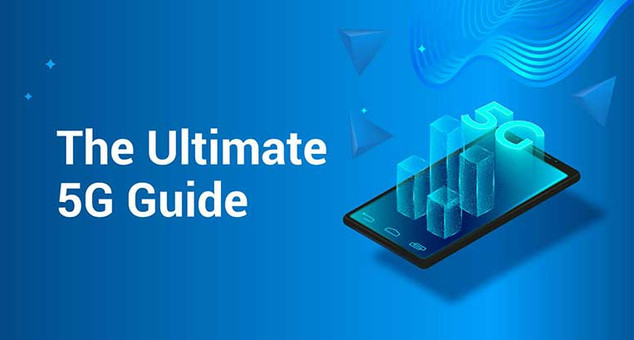 Everything you need to know about 5G

The new global wireless standard is here. We have relied on 4G connection previously. But now, as the telecom industry paves the way to the future, it is looking to take the next generation of device interconnectivity to new heights.

However, there are many misconceptions about 5G, and many people don’t have access to it where they live.

What exactly is meant by 5G?

5G is the next generation of wireless technology, standing for “Fifth Generation (5G)”. It involves a lot more than faster cellular service. 5G can be used across three different connecting channels, including mobile broadband, mission-critical communications and the Internet of Things (IoT). 5G also has the flexibility to support services that aren’t even available yet.

Is 5G currently available in the United States?

Yes, but connection quality may depend on where you live. If you live in a major metro area, 5G is likely within your reach. But if you live in a smaller rural community, 5G may not be entirely available. Fortunately, the FCC is rolling out the 5G Fund. The fund aims to make $9 billion available for creating robust 5G infrastructures in rural communities, which could help modernize their local economies.

The major American carriers have coverage maps for all their networks, including 5G. These give a rough idea of where 5G and 4G coverage is present, so you can check

What is 5G capable of? 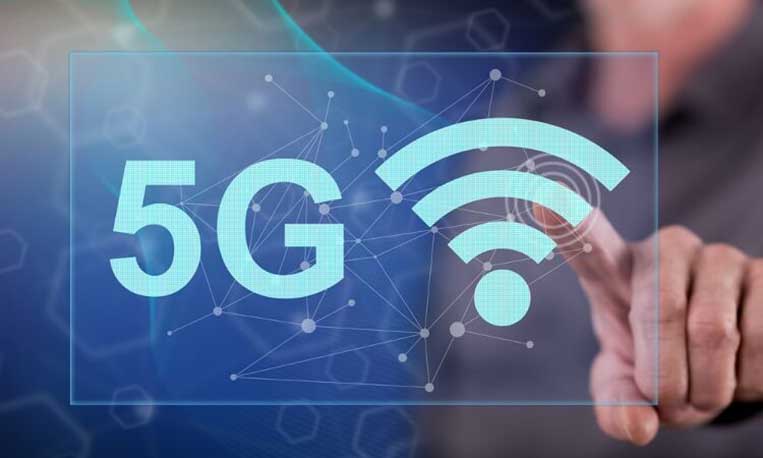 As 5G is still in its early stages, we don’t fully understand all of its capabilities, even with its limitless potential.

The lower frequency signals can travel a lot further. And for somewhere as large as the U.S., that’s really good news. Hopefully, that means 5G signals could travel to places that couldn’t be reached before.

How is 5G able to support high speeds with such a complex and interconnected infrastructure? There are three key elements that make this possible:

How does 5G work?

To create a simple and seamless interconnected world, 5G uses new radio technology, which is already part of some wireless devices. Those radio frequencies, known as SUB6 (600MHz), can span from 600 megahertz (MHz) to 6 gigahertz (GHz).

5G also uses a higher band of radio frequencies that range from 24 GHz to 86 GHz. By taking advantage of these frequencies, people using 5G can access much higher data rates.

However, while 5G can provide those higher data rates and performance levels, these signals currently can’t travel that far. That’s why 5G carriers are investing in small cells, which are smaller versions of a cellphone tower that help expand 5G access. 5G small cell transmitters also use beamforming, which can help direct 5G transmission directly into a person’s device, rather than spreading the transmission all at once through a massive cellular tower. 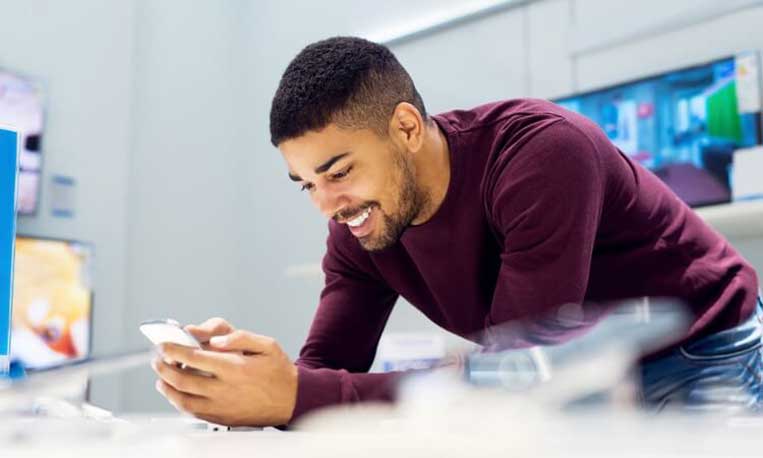 If you're looking to tap into 5G connectivity, you may have to invest in a new cellphone, mobile computer or wireless hotspot that includes 5G radio. Fortunately, the three major U.S. providers — AT&T, T-Mobile and Verizon — all support 5G coverage.

However, some reports are saying if you bought a phone sometime between 2019 and now, 5G may automatically reach those devices once it's more widely available.

How long will it take 5G to fully roll out?

Even with the significant expansions in recent years, total or full 5G emersion won’t happen overnight. In fact, 4G and 5G are the two first connectivity generations to exist simultaneously. It’s likely 4G will continue to exist for voice (i.e. phone calls) for the foreseeable future.

But according to a recent Qualcomm report, the company expects there will be nearly 3 billion 5G connections by 2025.

What are the long-term goals of 5G?

Aside from providing fast, readily available connection, the 5G rollout is expected to have a positive impact on the global economy. According to Qualcomm, numerous organizations are looking to harness 5G to help them accomplish the following goals:

Despite recent decreases in gross domestic product (GDP), 5G capabilities are on track to produce $13.1 trillion for a broad range of industries. The manufacturing, auto, health care and agricultural industries have all seen significant gains as more of their products and services integrate with 5G. This is accomplished through the higher data speeds, increased communication, and fundamental building blocks for new technology a fast, well-integrated 5G network can provide.

According to recent forecasts, job growth related to 5G might be higher than previously expected, as it’s on track to create more than 22 million positions by 2035. That’s due to the $3.6 trillion in economic output it’s expected to produce. What’s more, that only accounts for the top ten companies on the Fortune 1000 list.

Due to the speed and capacity that 5G can provide, it can grant many opportunities to preserve and protect the environment around us. Combined with IoT capabilities, 5G will be able to harness the power to significantly reduce our carbon footprint. Here are a few ways it can do that:

Initially, the telecom industry had a reputation for excessive energy consumption, which was driving up carbon emission rates. But due to particular efficiencies within the 5G network, like a significant decrease in the number of watts used, the equipment can cut carbon emissions from mobile networks in half over the next decade. Now, the telecom industry can reduce its energy consumption and join others in the fight against climate change.

5G-enabled IoT devices have been designed and developed to have a longer shelf-life and battery life than many other technologies. That may be because 5G is much faster than 4G. With 5G, it takes significantly less time to surf the web and download complex files, so these tasks don’t drain the battery as much.

What other countries have 5G?

The United States isn’t the only nation operating on 5G. In fact, China is leading in the race for 5G integration by huge margins. According to a recent report in the Wall Street Journal, China has more 5G subscribers than the U.S. in total. China also has the ability to sell 5G integrated smartphones and other devices at a much lower price.

You may be asking yourself how this is possible. Well, some of the world's leading telecom equipment manufacturers like Huawei and ZTE are based in China. These companies haven't expanded to the United States due to complicated business and political issues.

There are other countries with robust 5G infrastructures across all corners of the world. Those include:

Where will 5G take us in the future? 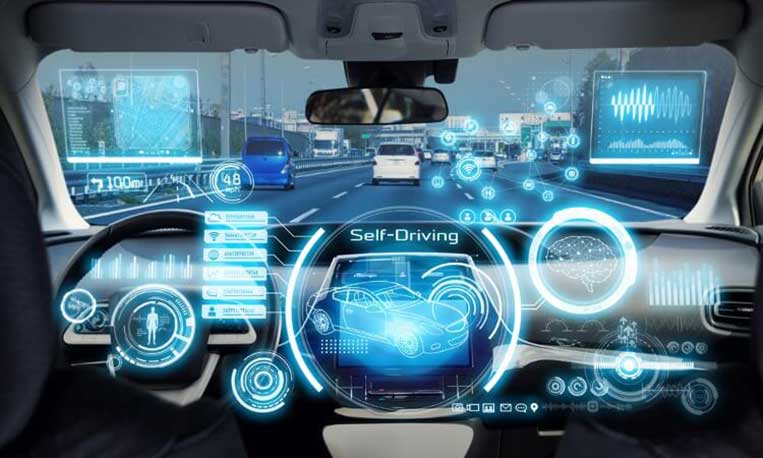 At this point, nobody quite knows everything that 5G is capable of. On the other hand, 5G’s most lucrative benefits aren’t things people will be able to find on their smartphones. But how else could we possibly use 5G? Here are a few examples:

With lightspeed connections between transport systems, 5G could get the wheels turning on driverless cars. The strong connections that 5G provides could allow smart vehicles to make better autonomous decisions and enable them to connect to various IoT devices. For instance, your driverless car could be running low on gas and rely on 5G signals to route to the nearest gas station.

IoT is already impacting the American health care landscape. But 5G is the underlying catalyst that will help recent expansions thrive. With 5G capabilities, health care providers will be able to do more than they could ever imagine, like transmit large imaging files (X-rays), expand telemedicine options and harness remote patient monitoring capabilities.

Why are there so many myths/conspiracy theories around 5G?

New technologies tend to breed new fears about their safety and viability, and like its predecessors, 5G is no stranger to rumors and conspiracy theories. Some people have been told that 5G can cause cancer and weaken people’s immunity to the coronavirus. Many of these myths have been largely debunked. Numerous studies conducted on mice and rats using high-radio frequencies haven’t found conclusive evidence that 5G or any other cellular frequencies cause cancer or other illnesses.

Plus, nearly everyone has or uses a mobile device daily and has been doing so for the last two decades. If cellphone signals caused illnesses, you’d expect cancer rates to reach all-time highs. However, that doesn’t seem to be the case. Conversely, cancer rates in the U.S. have been on the decline, but rates for brain cancer have stayed about the same.

Much like IoT, 5G will also utilize the power of cloud computing and artificial intelligence. Fortunately, those who implement a 5G infrastructure can be beneficial for cybersecurity protection.

With IoT continually becoming more prevalent, it is creating anxieties for some groups regarding cybersecurity. Some hackers and other cybercriminals have been able to take advantage of certain IoT devices. But a 5G infrastructure can help protect people’s devices from outside threats.

In a recent interview with Fortune, security experts said 5G can help improve overall security, but will still have some digital vulnerabilities, like:

This can all sound scary at first glance, but there is no need to worry. Public and private sector entities are working together to help mitigate these digital vulnerabilities through implementing best practices and scrapping weak or untrusted equipment. 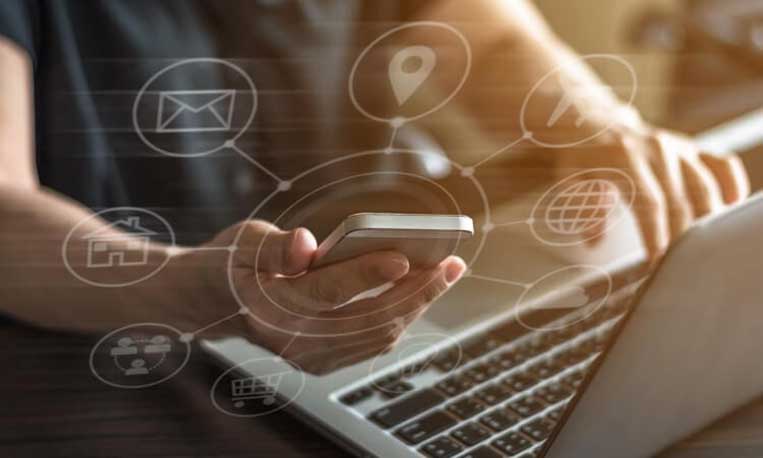 5G and IoT can’t survive without one another. 5G is what provides a range of benefits to IoT that other networks like 4G simply can’t thanks to 5G's wide range of speed, bandwidth and quality service requirements.

Since 5G is faster than LTE, IoT devices can transmit and share data at speeds never experienced before. From health care, home care, automotive and even government services, the world we live in will soon be fully powered by anything and everything 5G.