Understanding cellular frequencies can help you find the best cellular provider and device.

What are Cellular Frequency Bands?

A frequency, measured in Hertz (Hz), is the number of sound waves occurring per second. High frequencies mean that the waves move faster, and vice versa. Cellular frequencies are sound waves cellular devices use to keep you connected. They are undetectable by the human ear.

All cellular frequencies fall under the RF spectrum, which ranges from 3kHz to 300GHz. In the United States, the Federal Communications Commission (FCC) and the National Telecommunications and Information Administration (NTIA) are in charge of allocating the RF spectrum. They divide it into multiple ranges of frequencies, known as bands.

Why Do Cellular Carriers Have Multiple Frequencies?

Cellular carriers need licenses from the FCC to use specific cellular bands. Usually, one license within a large band only gives carriers rights to a small section. This is known as a block or channel. As you'll notice later, many carriers utilize similar bands. However, they operate on different blocks to avoid interfering with each other. Smaller bands, on the other hand, are not made up of multiple blocks and are usually exclusive to one carrier.

The blocks carriers purchase are located on different sections of the RF spectrum. They can consist of high or low frequencies. Lower frequencies can travel far and penetrate obstructions pretty well. This makes them great for rural and remote areas. On the other hand, higher frequencies can’t travel as far or penetrate obstacles as well. They can, however, transmit more data at a faster rate. Thus, they are better for metropolitan and urban areas.

To deliver the most reliable network, carriers buy multiple FCC licenses throughout the RF spectrum.

How Do Cellular Frequency Bands Work?

Each carrier owns lots of frequencies to cover multiple areas and people. For a cellular device to work, it must be compatible with those specific frequencies. Nowadays, most phones are built to support a wide range of frequencies, so that isn’t much of a problem. Once your phone is activated, it automatically connects to your carrier's 4G, LTE, and 5G frequencies.

The way the signal is transmitted will depend on whether the bands use FDD or TDD techniques:

A Short History on Frequency Bands

Advanced Mobile Phone Service (AMPS) was the first generation of cellular technology. Devices at the time used the 800 MHz Band 5 for voice transmission. As cell phone usage increased, the band was no longer large enough. To account for new demand, the FCC opened the 1900 MHz Band 2 and named it the Personal Communications Service (PCS). For a while, AMPS and PCS were the main cellular frequency bands in use. 2G and 3G used the same portion of the spectrum. As 3G evolved, more frequencies were made available.

Smartphones changed the game. Since phones were no longer just used for calling and texting, more bands opened. 4G frequencies include the 600 MHz, 700 MHz, 1700/2100 MHz, 2300 MHz, and 2500 MHz, bands. The lower frequencies made it possible for carriers to transmit 4G/LTE signals in rural and remote areas.

Since then, the number of connected devices, as well as data traffic, has grown (and will continue to grow) significantly. However, it’s no longer just phones accessing the network. It’s also the Internet of Things (IoT). Cars, security systems, smart sensors, drones, machines, and more. Cue 5G and its expansion into new frequencies.

5G frequencies are allocated throughout the radio spectrum to support a wide variety of applications. Low band 5G ranges from 600 MHz to 1 GHz, mid-band 5G from 1 to 6 GHz, and high-band 5G or mmWave from 29 to 39 GHz. Mid-band frequencies 3.7 - 3.98 GHz, also known as the C-Band, are especially important. This is where 5G offers an experience that’s noticeably better than 4G.

4G: 4G, short for fourth-generation, is a mobile telecommunications system that changed the way we consume content. 4G devices can handle talk, text, and data-heavy fast internet. It made mobile apps such as YouTube, Netflix, Facebook, and others possible.

WiMAX: WiMAX (Worldwide Interoperability for Microwave Access) was one of the first 4G standards. However, popularity shifted to LTE. Clear (owned by Sprint Nextel) supported WiMAX until the end of 2015 before switching to LTE.

5G: 5G, short for fifth-generation, is the newest network standard. Designed to deliver blazing-fast speeds, ultra-low latency, massive capacity, and greater reliability. True 5G calls for a minimum of 1 Gbps download speed and 1 millisecond of latency. Much faster than 4G. Not all 5G is created equal, though. There are three types of 5G – low-band 5G, mid-band 5G, and high-band 5G.

Low-Band 5G: Located below 1 GHz, low-band 5G provides comparable coverage to 4G. Many describe this band as the blanket layer for nationwide coverage. Speed is not much faster than 4G.

Mid-Band 5G: Mid-band 5G, frequencies between 1-6 GHz, offers faster speeds than low-band and more coverage than high-band. It’s considered the ideal blend of speed, range, penetration, and capacity. Main use will be in populated areas where connectivity demand is high.

C-Band: Previously used by satellite TV operators, C-Band is the most popular 5G band in the world. Sandwiched between the 2.4 and 5 GHz WiFi bands, it's in the ideal spot to provide decent coverage and speeds noticeably faster than 4G.

High Band 5G or mmWave: 5G mmWave ranges from 24-39 GHz. Being on the high end of the RF spectrum, these frequencies can carry lots of data at super-fast speeds with little latency. Though, they can't travel as far or penetrate buildings. Thus, coverage is only available in densely populated areas with large amounts of infrastructure.

Which Cellular Frequency Bands Do Cellular Carriers Use?

The tables below show which frequency bands U.S carriers use.

Why Are Cellular Frequencies Important?

Knowing which frequency bands carriers and devices support can help you:

Your device must be compatible with your current or desired carrier’s bands and networks (4G, LTE, and 5G). Otherwise, it won't work. On the off chance that it works even though it's not 100% compatible, connectivity issues can occur.

Additionally, if you invest in a signal booster, knowing the bands your phone and carrier use will help you choose the best booster for you. 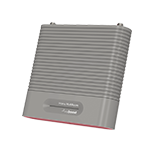 Most popular signal booster that’s ideal for most situations.

Will My Phone Work with Another Carrier’s Frequency Bands?

With 3G, phones had to support the same frequencies and use the same cellular technologies (CDMA or GSM) to work with another carrier. Since CDMA and GSM will be shutting down by the end of 2022, that won’t be the case.

As long as your 4G/5G device supports the other carrier's frequencies, it should work. A bit of caution, though. Some 5G capable devices may only include antennas designed to work with one carrier’s 5G network. Thus, it’s very important to check the device’s specifications. The more bands your device has in common with the other carrier, the better your experience.

How Do I Check Which Frequency Bands My Phone Supports?

Finding the bands your mobile device supports can be tricky. The information isn’t available in the settings nor in most device packaging.

The easiest way to find bands your device supports is by comparing your carrier's bands with other carriers. The chart above can help you with that, or you can contact your cellular provider. You want as much overlap between the two networks.

You can also visit wirelessadvisor.com. It'll show you the frequencies cellular provider uses in your area. Simply enter your zip code, and press search. A list of cell phone carriers will appear, displaying supported frequencies and technologies.

The above methods only show a piece of the puzzle. Most devices support more bands than the ones a cellular carrier uses. To find all the bands, navigate to the website of the provider the device was purchased from. Search for your specific device. Under specs, you'll find a "Wireless Technology", "Frequency", or "Network" section. This section will show you ALL the bands and technologies your device supports. Unfortunately, not every website provides this information.

If you're having trouble, visit your desired carrier's page. Most carriers have free online tools that can help you determine if your unlocked phone is compatible with their service. However, these tools won't show you your device's frequencies.

Is My Device Compatible with Your Signal Boosters?

weBoost and WilsonPro signal boosters are 5G ready and support all major 4G/LTE frequency bands for all carriers and devices. But it’s always a good idea to cross-reference the bands between the device, carrier, and booster.

If you have additional questions about frequency bands or need help finding the best booster for you, Wilson Amplifiers can help. We’re the leading provider of home, commercial, and vehicle signal boosters. Call us at 1-800-568-2723 or email us at sales@wilsonamplifiers.com. We’re happy to help!