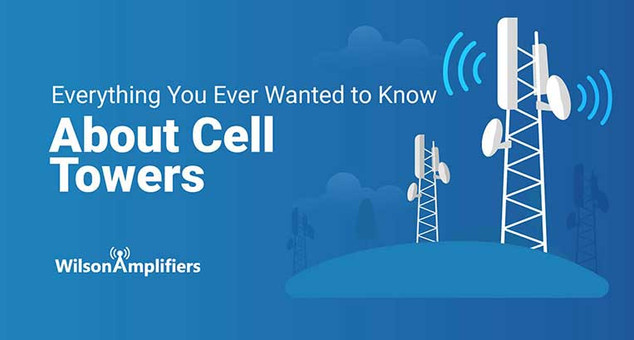 How Do Cell Towers Work?

A cell tower, also known as a cell site, or a Base Transceiver Station, is a structure that produces cellular signal as a “cell” in a cellular network. This is accomplished with a myriad of transceivers, digital signal processors, control electronics, primary and backup electrical power, and GPS receivers. They are, at the most basic level, radio signal transmitters.

From there, it gets much more specific to each tower. Even if you live right next to a very obvious cell tower, it might not contain transceivers that utilize frequencies for your carrier, or those transceivers might be pointed away from your location.

In general terms, cell towers use power to generate radio waves at a certain frequency. Your cell phone is tuned in to a specific frequency range (or band) depending on what carrier you have and features you’re trying to use. That’s how cell towers work.

What Components are in a Cell Tower?

Besides the physical building, there are many components to make a complete cell tower:

The most basic requirements for a cell tower site are the radio equipment, antenna support, and the antenna(s). Which carriers will be using the site will determine the specific frequencies the equipment will broadcast on. Because the equipment needs power, though, you need a power system. Since the power systems can and will fail occasionally, however, you also need backup power, which usually means a battery system.

All this equipment generates heat, so an air conditioning system is needed. Since antennas will be placed high up, you need lightning protection, and that requires solid grounding. The systems can catch fire, so you need a fire protection system. Maintenance crews will need to periodically visit the sites, so you need AC power and lighting for them as well. Lastly, most cell towers are constructed to last for a long time, so space for new technology will need to be accounted for, as well as reserve capacity for every single component.

In other words, there is a lot that goes into each cell tower, and they aren’t something that anyone can just build with the right equipment: it takes a great deal of resources to make and maintain.

Is There Anything Different About 5G Cell Towers?

Obviously 5G itself is different, but whether or not a 5G tower is different depends on the type of frequency your carrier uses for 5G.

Verizon Ultra Wideband, AT&T 5G, and several other carriers use millimeter-wave technology. This type of wave carries significantly more data, but travels much less distance than waves at lower frequencies. Ultra-Wideband 5G towers are usually smaller and more common (known as small cells). They’re the kind of thing you wouldn’t notice unless you look for them, but once you start, you’ll start spying them all over the place.

T-Mobile's 5G is a bit different, and can make use of their existing towers. This is because they use Extended Range 5G, which operates on a lower frequency.

Cell towers are almost always built and maintained by large corporations who have the resources to do so.

The two main companies that build cell towers in the United States are Crown Castle and American Tower.

The main company that builds cell towers in Canada is WesTower.

These companies make money by leasing land from people, building towers there, then leasing space on that tower to multiple carriers.

How Can I Find a Cell Tower Near Me?

We have a comprehensive guide on all the ways to find a cell tower near you. We recommend that for a deeper analysis.

However, for a quick and easy way to locate a cell tower, check out this cell tower map. It’s not perfect, as carriers do not make public the location of their cell tower, but this should be a good start.

Does My Carrier Own My Nearest Cell Tower?

Generally carriers don’t own the towers they broadcast on, instead leasing space on them from companies like Crown Castle and American Tower. It’s very rare to have all major carriers on a single cell tower due to space limitations as well as competition within the cellular network space.

In short, probably not, but your individual tower might be.

Can I Lease a Cell Tower?

Towers are only leased to those who have usage rights on specific radio bandwidths. These are farmed out by governments and are usually presented to the highest bidder. In other words, unless you legally represent someone who has rights to one of these bandwidths, no, you can’t.

Can I Get a Cell Tower on my Land?

You can indeed. You’ll need to register with Crown Castle or American Tower if you’re in America, or WesTower if you’re in Canada, which can be done on their websites. These companies generally lease the space from landowners at a fixed monthly rate, so you can earn a fair amount from having a cell tower on your land.

There are specific cell tower regulations that need to be followed, so it's likely a representative of one of these companies will need to do a site walk on your property if you're interested in leasing them the land.

Are There Any Health Risks Associated With Cell Towers?

According to EMWatch, there is evidence to suggest that these towers are dangerous to human (and animal) health, and that proximity to a tower increases certain negative health conditions.

As far as the real elephant in the room goes, no, there is no evidence to suggest cell towers cause cancer. Not even 5G. Though, further research into that is ongoing.

What is a Point-to-Point?

Point-to-points (also called P2P, not to be confused with peer-to-peer) are essentially relay systems for radio waves.

Point-to-points have the advantage of creating a space in which cellular signal is quite strong, but does not create any signal itself. The disadvantage is they increase the total amount of radio “noise” in the area, which makes telecommunications projects in that place more difficult. This only really becomes an issue in certain high-traffic areas.

There are massive point-to-point stations, and smaller ones. Large relays are comparable to cell towers in size, but have much smaller power requirements and maintenance costs associated with them. Cell phone signal boosters are smaller relays, with donor antennas snatching signal from the cell towers, an amplifier designed to work with common power requirements boosting the signal, and an interior antenna rebroadcasting the signal within a confined space.

What Do You Know About Cell Towers?

Wilson Amplifiers is the leading provider of cellular signal boosters. Cell phone boosters amplify 5G, 4G, LTE, and more for any phone with any carrier for home, office, or vehicle, and require an antenna pointed toward your nearest cell tower to work best.

We seriously hate dropped calls and poor coverage, so it's our goal in life to rid the world of spotty signal, one happy customer at a time: 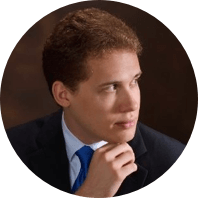