Look. Life is full of interruptions.

But we're all adults. We get it. A little hardship helps us grow. But there are some things in life that just need to work without the fuss, mess, and headaches: eating ice cream, afternoon naps, Netflix binge watching, tax refunds, and cell phone signal.

How many times have you dropped calls, repeated yourself, and suffer from slow internet in the past week?

Once you pile up your poor cell phone service moments, then you start to realize what you're really losing: time, convenience, and peace of mind.

Getting reliable 3G & 4G services isn't a luxury. It's a necessity. With  2 out of every 3 Americans owning a smartphone, the ability to search the internet, download apps, watch YouTube, do video calls, listening to streaming music, and use Facebook & Skype are just a part of our daily lives.

But are you getting what you're paying for every month from your carrier?

If you're experiencing extremely spotty reception and weak coverage, but you don't want to mortgage the house and sell lemonade on the weekends, then there's an answer for you: it's called a cell phone signal booster from zBoost.

Cell phone boosters are like a big megaphone to your cell signals. They take the weak, spotty signal and then amplifies it up to 32X and then rebroadcasts the enhanced signal inside your home.

Here are the results:

It does this with 3 easy steps and components:

It's that simple and easy to install. Most importantly, unlike other the other brands (weBoost, WilsonPro, SureCall, and Uniden), they're much cheaper and affordable for the average person who needs a better signal without spending a lot of money.

All zBoost signal boosters are encouraged for use by all major carriers (AT&T, Verizon, Sprint, T-Mobile, etc.) on 3G and only AT&T or Verizon on 4G. They work on all cell phones and cellular devices such as smartphones, tablets, and iPhones that are serviced by the carrier.

If you just need to boost talk & text, go with a 3G booster. If you surf the internet, stream, download, and use other data-heavy apps, then future-proof with a 4G booster.

Our customer support at Wilson Amplifiers are certified signal boosting experts. We have answers for any of your poor reception on the road. If you have any questions, just ask. Email us: sales@wilsonamplifiers.com or call: 1-800-568-2723. 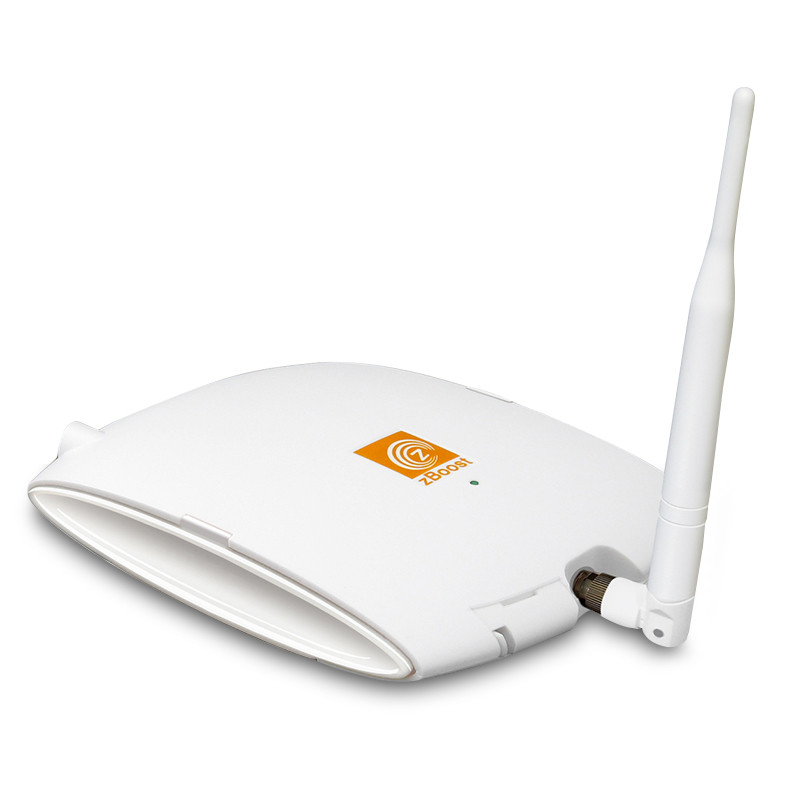 The cheapest entry-level signal booster from zBoost. Coverage up to 2,500 sq ft depending on outside signal. However, our customer feedback says coverage range has been around 500 to 1,500 sq ft. So great and affordable booster for small office, home office (SOHO), apartment, desktop, 1 to 2 rooms.

Remember, 3G generally handles talk & text and basic 3G internet. So if call quality is the most important factor, stick with the  ZB545. 4G handles talk, text, and high-speed 4G LTE internet. If you're on Verizon or AT&T and also need fast internet, then go with the ZB575-V (Verizon) or ZB575-A (AT&T).

Overview of the zBoost SOHO series: 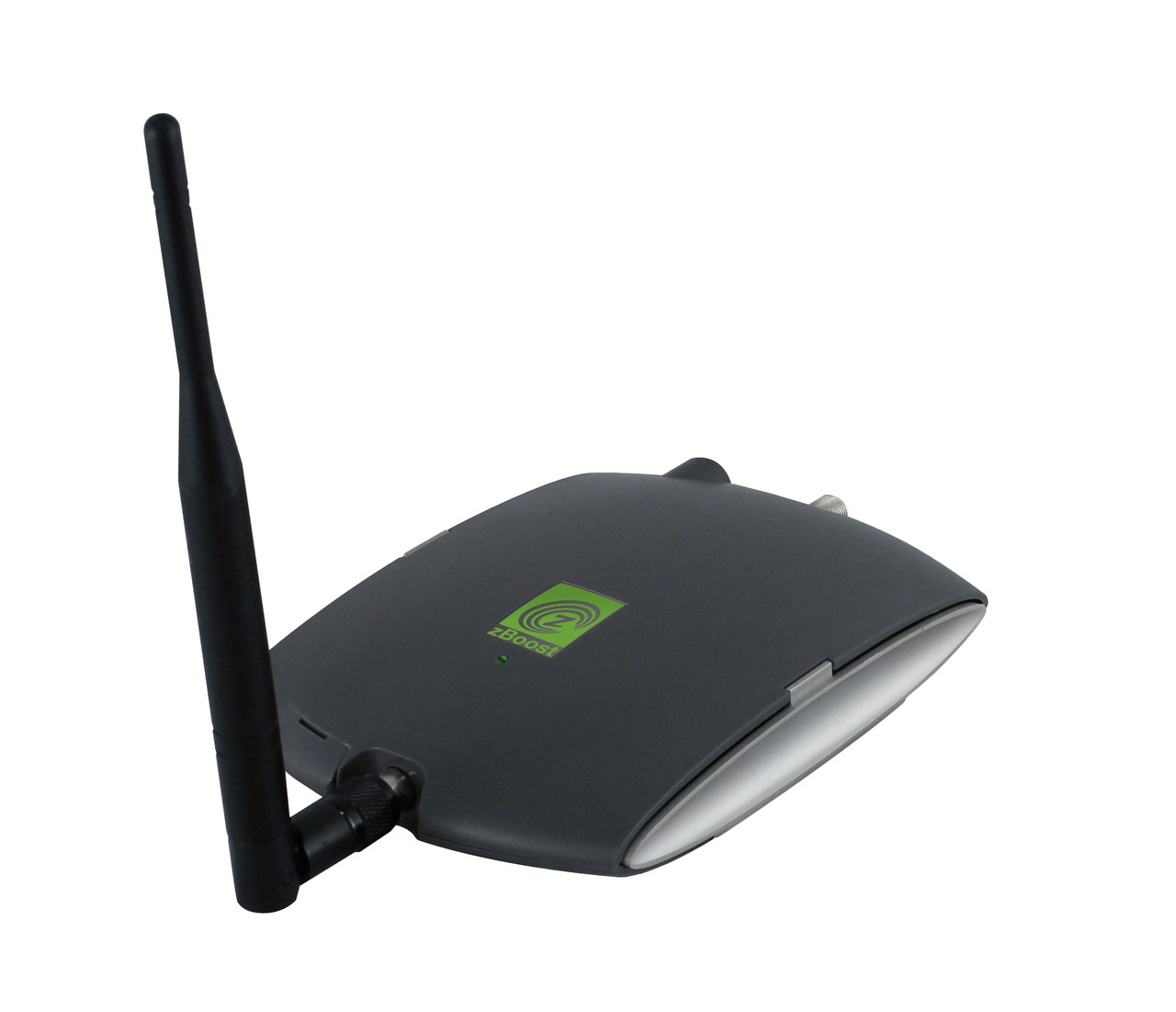 The more powerful signal booster from zBoost. Coverage up to 5,500 sq ft depending on outside signal. Customer feedback says coverage reaches from 1,000 to 3,500 sq ft. So good enough for most homes, small offices, cabins and stationary RVs.

Cons: Bigger homes or buildings will need a premium line of boosters like weBoost. 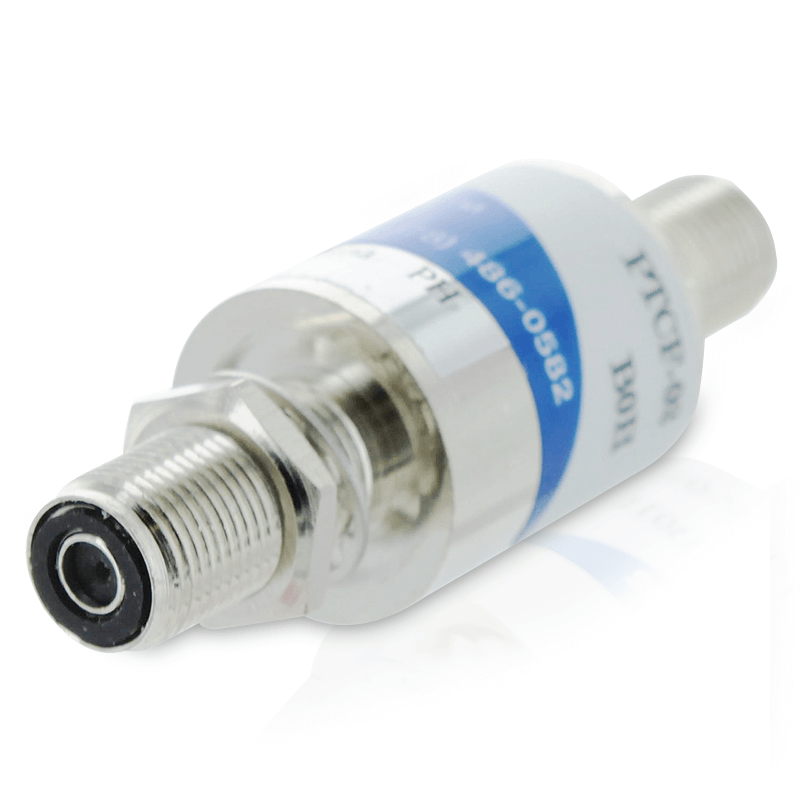 Installing a cell phone signal booster can be a difficult process. Especially when the average consumer hears of drilling holes or running cable. Luckily, the Window Entry Cable eliminates most of the hassles. It's a flat cable that can be placed underneath the window. Whether open or closed, it'll do fine.

It's no secret. The higher the outside antenna, the better chance you can pull in more signal to boost. For those without mounting poles on their roof, this J-Pole Antenna mount does the job. For use with directional antennas (aka Yagi).

Need help? Email us today ( sales@wilsonamplifiers.com) or give us a call at 1-800-568-2723. A cell phone signal expert will gladly assist you in getting better signal instantly.